Here’s a phrase I don’t use lightly: I’ve seen a new work that’s the best piece of writing I’ve ever seen. 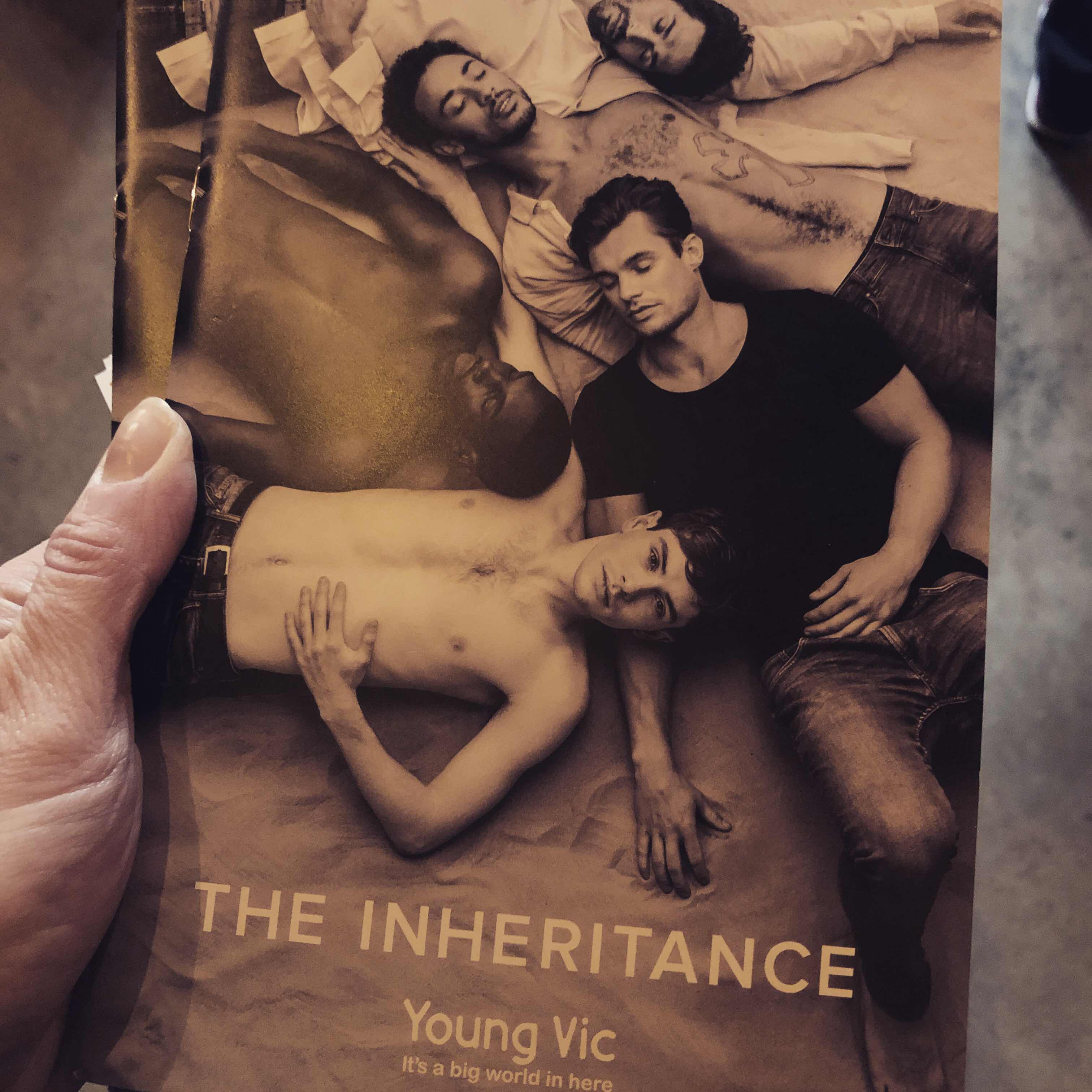 Matthew Lopez’s The Inheritance, currently playing at the Young Vic, is that work. And, really, ohmigod it’s a thing of utter beauty. There will be no pussyfooting around in this post: The Inheritance is an astonishing piece, one of the best things I’ve ever seen. Across two parts - seven hours! - the writing is incredible, the acting is incredible, the production is incredible. Do yourself a favour: stop reading this post right now, go and buy tickets, and then maybe come back and finish the post if you fancy.

The Inheritance tells the story of a group of gay men navigating their lives, their history and their community. It’s set in present day New York (City and State), with flashbacks and some flashforwards. Although all but one of the characters are gay men and Aids does loom very large over the plot, I don’t think either part, or the play as a whole, can be categorised as a ‘gay play’ or an ‘Aids play’ - if such things even exist (I’m not convinced). It’s a universal human play. If you can’t identify with the characters in it then there is something fundamentally wrong with your soul.

As previously mentioned, the writing in The Inheritance (I’m going to refer to it as one play throughout this post, it’s one story even if split over two parts) is genuinely the best I’ve ever seen. I know that’s a big statement but it’s true. And here’s another: I think this is a better piece of writing than Angels in America. Yes, I went there. It’s so truthful, so heartbreaking (my god, I’ve never cried in the theatre like I cried watching this) and so funny. The balance between the tragedy and the comedy is perfect; they both highlight each other and make the tragedy bearable - this could be a very bleak piece indeed. Structurally, it’s also beautiful. Without giving too much away, the idea is that it’s told by a sort of writers’ group who form both narrators of and characters in the story. The upshot is that the story is told in a mixture of third person narration and first person dialogue which is so bloody clever. E M Forster - the play is loosely inspired by Howard’s End - also makes an appearance as an additional narrator and kind-of-writing tutor, which sounds kind-of-wanky but totally works. It is a glorious celebration of storytelling - particularly the oral tradition - and the importance of shared history. The characterisation is superb. Even the more minor characters are fully formed and completely credible. I could go on at extreme length. Honestly, the writing is just astonishing.

It’s matched by a beautiful and effective production. The mighty Stephen Daldry is in the director’s chair and has given us a sublime seven hours of theatre. There are some utterly magical moments here. Spoiler free zone, but the end of Part I is jaw - and tear - dropping; the bit in Part II that I’ve started referring to as That Vanessa Redgrave Scene likewise (if you’ve seen the show, you’ll know exactly which two bits I’m thinking of I have no doubt). Bob Crowley’s design is stunningly simple and effective, a sort of bare Ikea coffee table of a stage used to its full potential (this is a compliment, I realise it may not sound like one). Continuing the subtle but gorgeous theme, Jon Clarke’s lighting is beautiful. There’s some great use of spotlights in particular. Paul Englishby’s music is arguably a bit treacly sometimes, but I really liked it.

It is matched by some extraordinary acting from what must surely be the best ensemble in town at the moment. In the lead, Eric, Kyle Soller is phenomenal; strong and sad and inspiring. He also cries really well, I creepily noticed. Samuel H Levine does terrific double duty as a hauntingly tragic Leo and a likeable but complex Adam. There is one scene where these two characters meet and the way he portrays who is speaking each line is so subtle and brilliant. I also enjoyed his momentary corpsing (which I’ve never seen live) when someone in the front row with a majestic laugh caught his ear. Andrew Burnap’s Toby gets all the best, most fabulous lines but also some of the most horrific. He’s brilliant at the comedy, which makes his tragedy all the more effective. Paul Hilton, also on double duty as Morgan (aka E M Forster) and Walter is the heart of Part I and does the most extraordinary twenty (?) minute monologue towards the end. John Benjamin Hickey has perhaps the least naturally sympathetic part - a Republican! - but works magic on it and brings out heartbreaking hidden depths.

And then there’s Vanessa Redgrave who delivers one of the most poignant performances I’ve ever seen. Her American accent is a bit wandering, physically she is clearly struggling a bit and an occasional line gets fluffed but, my god, she can still turn in something of utter theatrical magic. Her main scene (That Vanessa Redgrave Scene) is unbelievably well acted and incredibly powerful - I don’t think there was a dry eye in the house, literally. It’s utterly tragic and completely redemptive. It’s incredible; completely bloody incredible.

I don’t think I have the language to fully do The Inheritance justice. I hope how much I loved it has come across anyway. I won’t forget this piece in a very long time. It was an utter privilege to see, all seven hours of it. The sort of show that makes theatre seem more relevant and vital than ever. Buy tickets immediately.

The Inheritance is at the Young Vic until 19th May.