Guys, I think I’ve found The One. No, not that The One. A more important The One: the play that was written specifically for me. 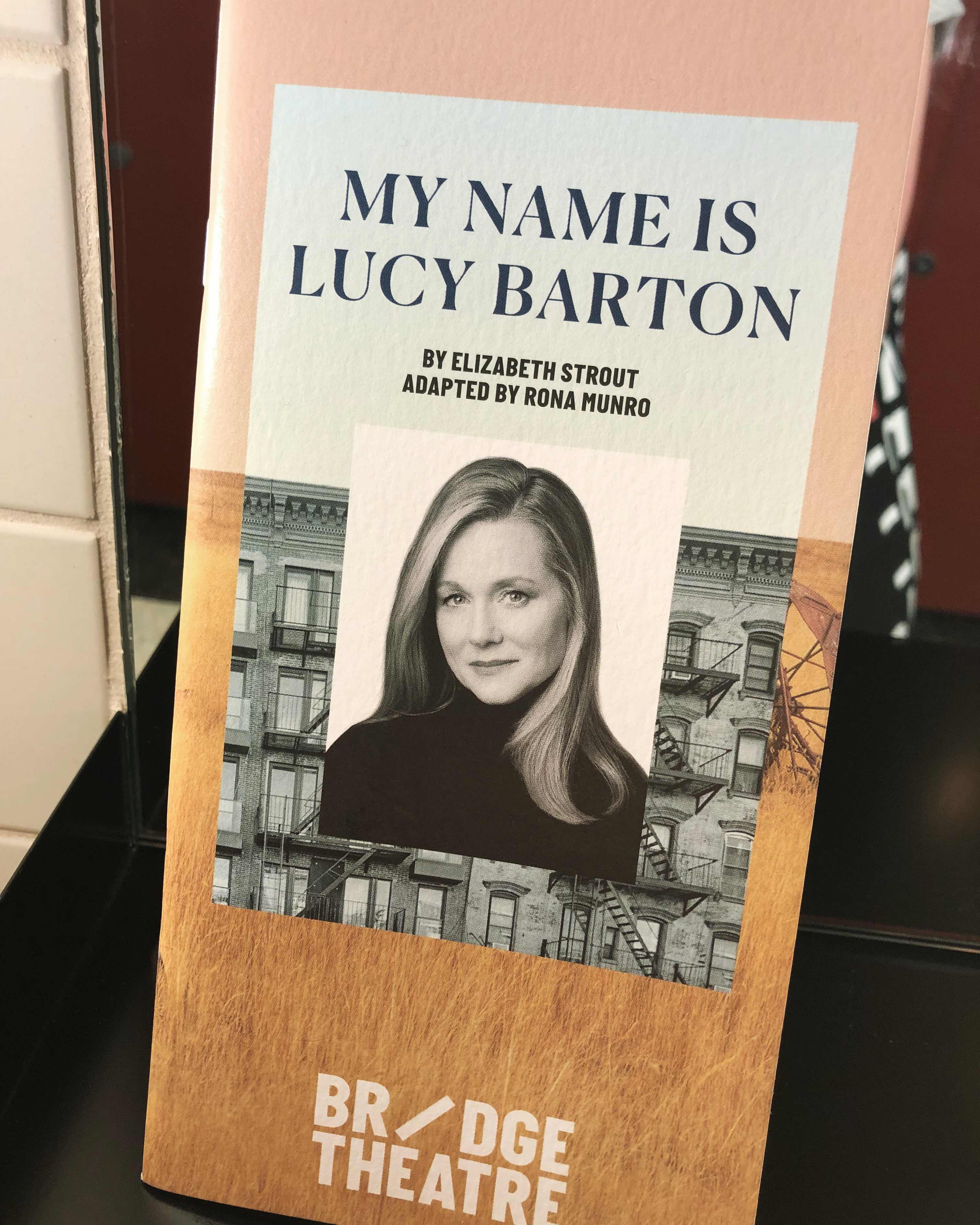 My Name Is Lucy Barton, currently playing at The Bridge, is an adaptation by Rona Munro (who I adore) of Elizabth Strout’s book of the same name. It tells part of the story of Lucy Barton, an American country girl who escapes a poor and traumatic childhood to make it as a successsful writer in New York. Lucy has chosen which part of her story to tell us, and it is that of a reunion with her almost estranged mother whilst Lucy recovers from a serious illness. Except it’s more than that, obviously. It’s really the story of what it means to be a child - as in, what it means to have parents - and the complicated mess of feelings inherent in that relationship. Whether we want to recognise them or not.

I loved this play. I cannot adequately tell you how beautiful I thought it was, how humane, how vividly drawn. I haven’t read the book (yet - I went out immediately after the show and bought it*) so I don’t know whether it’s Strout, Munro or, as I suspect, both to thank for this but my god they deserve fulsome thanks. There’s such technical deftness to it too, especially in the way it frequently flips between being laugh out loud funny and cry out loud sad within the space of a single line. It’s just an extraordinary thing. More so when you consider that it’s been adapted as a one woman play which contains at least three distinct character voices.

Thematically, I found it astonishingly powerful. The depth with which it explores the parent-child relationship is incredible, moving and I rather suspect the sort of thing that many therapists earn a lot of money to discuss with their clients over months of sessions. It’s a profoundly moving piece, for me no more so than when it considers the many more or less inherent ways a child - particularly a child who’s moved away from their parents - has to deal with the guilt of separation. As a child who’s moved away, and an only child to boot, let me tell you: fucking hell it’s on the money. Frankly a bit too on the money. Leaving the theatre, I had to put my headphones in and turn my music up LOUD to shut out my interior monologue. Mild PTSD aside, this piece spoke to me, and made me feel much more deeply, in a way that no show has before. And I can’t shake it. Which is amazing. This is what great theatre is supposed to do.

To the surprise of literally no one at this point, The Bridge’s production is pure class. Richard Eyre directs and is on the sort of form you expect from someone of his pedigree with his warm, generous and gorgeous production. He casts an eye of huge experience over procedings, steps back and allows the writing and the performance space to breathe. He adds nothing unecessary. There are no frills here, because no frills are required. That said, everything still looks and sounds stunning. Bob Crowley’s stripped back design - a bare thrust stage, just a chair, a hospital bed and a video screen for backdrop - is exactly the right amount of non-existent. Luke Hall’s beautiful video design fills said screen with simple, scene-setting imagery which is all the show needs. And when it doesn’t need them anymore, they are simply turned off. This is supremely confident work from a team who clearly recognise the talent of their writers and performer.

Speaking of whom, I can probably just end this post now by reminding you that the performer in question is Laura Linney. I mean, do you really need me to tell you she was good? She’s not just good, of course. She’s pretty much perfect. She thoroughly embodies all of the various characters that we meet - Lucy Barton, Lucy’s version of her mum, Lucy’s version of her doctor - but especially Lucy herself. It’s a performance of such warmth and heart and depth that I’d argue it’s impossible not to fall in love with it, and with Linney, unless there’s something broken in your soul. It’s a gift of a performance. An utter joy.

My Name Is Lucy Barton is at The Bridge until Saturday 23rd June, ie this Saturday. Tickets are now unsurprisingly sold out expect for returns and day seats. Get in that queue immediately.

*If you wish to do the same, and purchase it from a theatre bookshop, The Bridge has sold out but the NT Bookshop hasn’t.
Posted by Billi at 22:23