In all three cases, I have tried ok? I’ve eaten a shit tonne of avocado and still think it tastes like mushy nothing. I’ve tried to watch every series of Love Island but still just find it inane. I’ve given Alan Bennett many chances to make me understand his appeal, but to no avail.

On that latter point, if I was in any doubt as to my feelings about Alan Bennett - and to be fair I was, to an extent - then his new play, the irritatingly spelled and punctuated Allelujah! at my beloved Bridge Theatre, has certainly convinced me. I don’t use the word ‘hate’ often in this blog, because let’s be real I never truly hate being in a theatre, but I came very close to hating Allelujah! I’ve not had such a viscerally angry reaction to a play for a very long time. 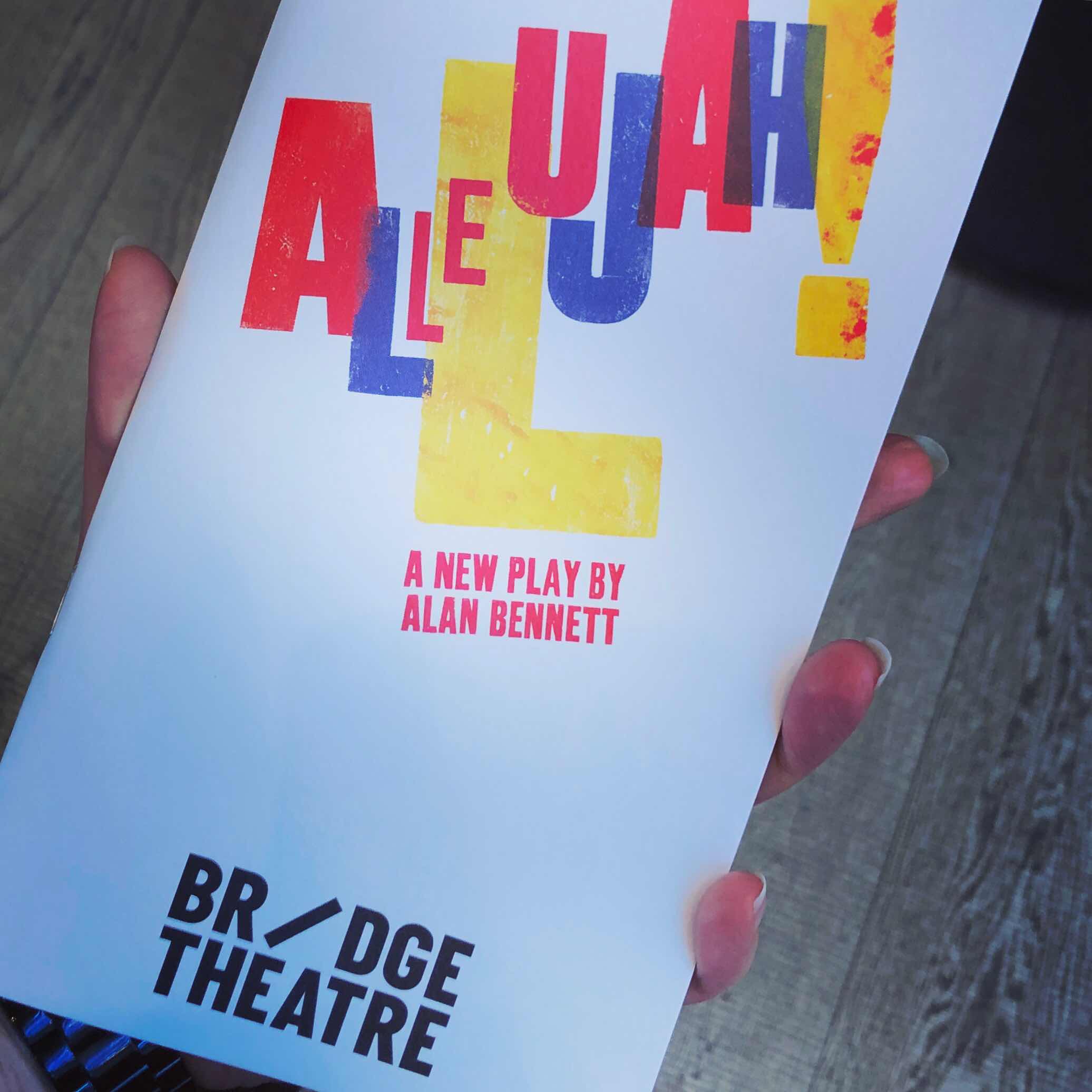 I can explain precisely and succinctly why: as a piece of writing in particular but also - uniquely in The Bridge’s history so far - as a production, it’s lazy. The play tells the story of the  geriatric ward of a small, Yorkshire (obviously) community hospital threatened with closure by those nasty men in London. It’s not an original idea (a plot point about a murderess nurse, which is never fully committed to, somewhat aside) and it’s not well told. There are approximately a billion characters who, unsurprisingly, get zero development - especially the patients who, for a play so obsessed with how brilliant they are, is somewhat strange. The first act is turgid to the point of almost physical pain. The second act promises to be better but doesn’t manage to deliver. It’s not even particularly funny, deriving much of its humour from a vaguely patronising ‘oh aren’t old people funny’ vibe that I rather suspect would be pulled apart if written by a different playwright (as a Yorkshire exile of sorts, I did enjoy the jokes about Tadcaster though).

But it’s the lazy and cliched thematic heart of the play that left me walking out of the theatre wanting to punch a wall. Because this play has nothing to say that it doesn’t say in a clunkingly unsubtle and infuriatingly lazy way. Aren’t old people great? Aren’t young people shit? Aren’t politicians evil? Isn’t the British immigration system heartless? Isn’t London different from Yorkshire? All of these things may or may not be true - and I have a good deal of sympathy with some of them - but when they’re simply presented as fact, as something that is just assumed, not explored or challenged in any meaningful way, with absolutely 0% nuance, they’re certainly not interesting. This is Alan Bennett by numbers. Without his name attached to it, I can’t believe that this play would be on the stage in its current form. And that, dear reader, is bullshit. Lazy bullshit. I have serious beef with it.

I also have beef, perhaps more surprisingly, with The Bridge’s production. Without wishing to labour the point, it’s equally lazy. There’s barely anything even worth commenting on. There’s nothing new or daring or even visually interesting: Nicholas Hytner’s direction is ok so far as it goes though the play needed much more energy and pace (and, of course, as Artistic Director of the theatre it’s his fault it’s on the stage as it is in the first place), Bob Crowley’s design is largely unmemorable (and seems to have stolen its structure of sliding walls from pretty much any production at the Hampstead), the music and Arlene Philips’ choreography are more or less unnecessary (and there’s no way Arlene would have scored any of the dancing above a six in her Strictly days). It’s disappointing stuff from a theatre that, until now, I’ve always relied upon to present something technically excellent even when I’ve not rated the play. This time it’s all equally beige.

The weakness of the script and the presence of way too many characters also makes it difficult to say much, positive or negative, about the cast. So few of them have anything to work with and their characters are so one dimensional it’s difficult to know what they’re basing their performances on at all. Deborah Findlay is a rare ray of light in the production as Sister Gilchrist, delivering a classy, funny and as close to complex as the script will allow performance. Peter Forbes is enjoyable as the slimy local politician turned Chairman of the Board. Simon Williams is the comedy highlight as a joyously foul mouthed and churlish patient. It’s generally nice to see such a diverse cast, in all sorts of ways, on a major London stage. It’s a shame many of them are so ill used.

I want to end by saying that maybe Allelujah! is for you if you’re an Alan Bennett devotee. But truthfully, I saw this play with two Alan Bennett devotees and even they agreed that it was lazy and flawed - though they definitely enjoyed it more than I did! There is better writing around on every single theme that it fails to discuss. And I would suggest that you seek out  any and all of it before seeing this.

Allelujah! is at The Bridge until 29th September.

Unfortunately, I paid for my ticket to this one. It was £15 for C40 in Gallery 3 (the very back row of the very top circle and one of my favourite places to sit in any theatre - the sightlines are great).