'Well that was bonkers' is not one of my usual post-show opinions. Variations on good, bad and boring feature often, but bonkers? Not so much. My bonkers quota is sadly unfilled.

Or at least it was. Because having seen The Bridge theatre's latest, Martin McDonagh's A Very Very Very Dark Matter, my bonkers quota is through the roof. Also my batshit mental quota. And my what the fuck did I just see quota. 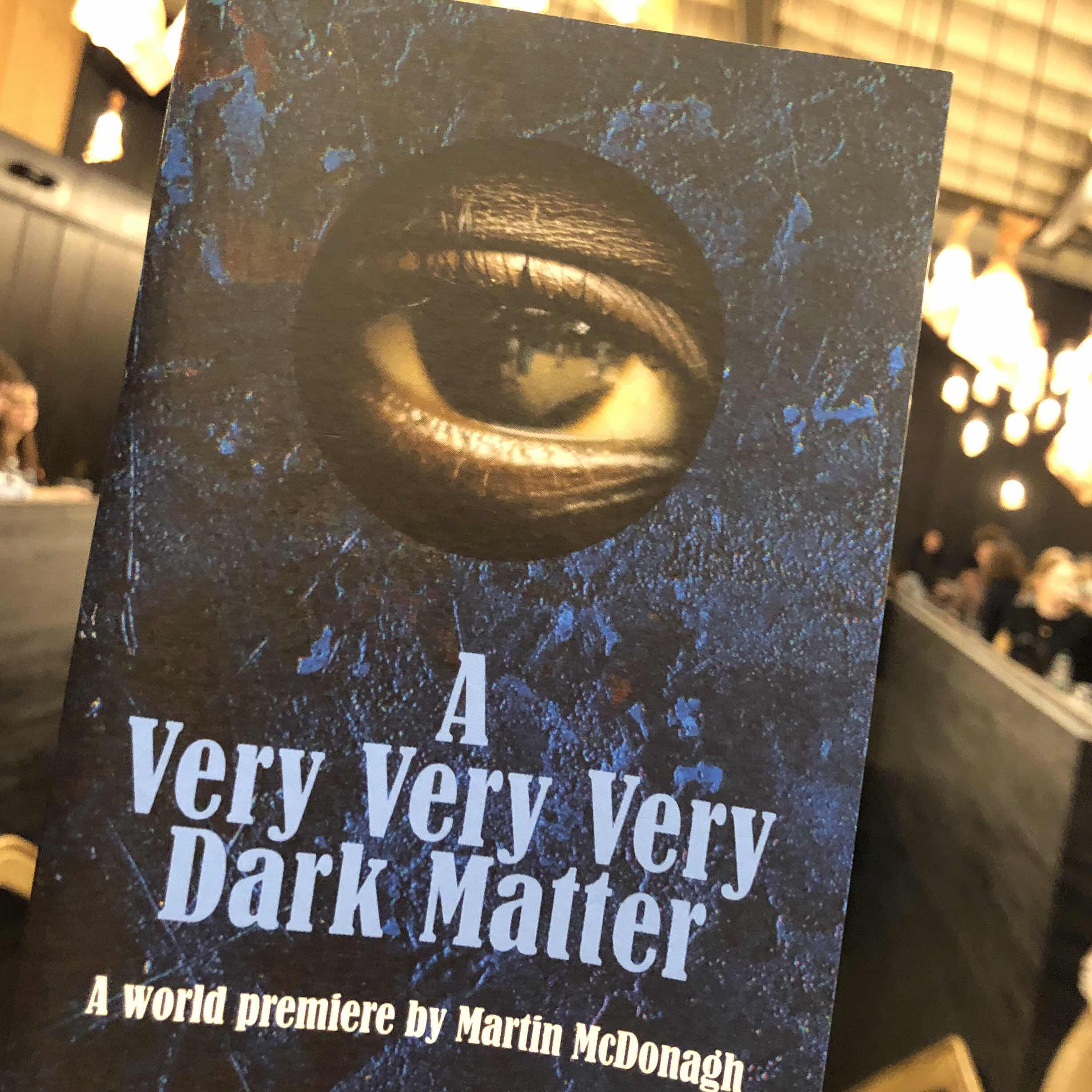 I'm not even going to attempt to explain the plot, save to say that it largely revolves around the idea that Hans Christian Andersen didn't write any of his stories, keeping a lame 'pygmy' from the Congo in a box in his attic to do all the work for him. You see? And that's the bit that makes sense. Various other strands involve time travel and magical gypsies giving out machine gun accordions. Not making any of that up. At heart, A VVV Dark Matter is a bleak satire on colonialism and race, dressed up as a distinctly adult, and did I mention bonkers, fairy tale. However, I think it's fair to say that the bonkers plot is not the strength of this piece, though as unlikely as it may seem it does just about all hang together.

For me the strength lies instead in the bleak imagination, weirdness and flights of bizarre fancy that McDonagh conjures in his script. And, most of all, the blackest of black humour he uses. I saw this show in an early preview and it surprises me 0% that a lot of subsequent audiences and critics alike have found it offensive. As it happens I disagree, but there's no question that the language and concepts used here are, to put it extremely mildly, a bit fruity. There is some joyous swearing. Like, the best swearing you'll find in theatre at the moment. There is brilliant, no blushes spared satire of the attitudes towards race that colonialism engendered and indeed those that are still prevalent today (an interpretation that many will not agree with, I suspect). The script revels in its bleakness and is endlessly quotable ('was he Belgian?' 'Well he had dark hair and a huge inferiority complex'). It's not so much close to the knuckle as bypassing the knuckle altogether and going straight for the balls. It is unquestionably not for everyone, but it is equally unquestionably definitely for me.

The Bridge stages it wonderfully too. Director Matthew Dunster's production is wicked: quick, confident and sure footed. You get the sense he knows that this will be theatrical Marmite and so decides to attack it with everything, possibly including the kitchen sink. I admire his cojones. Everything looks, feels and sounds gloriously spooky thanks to Anna Fleischle's brilliantly bonkers design, combined with Philip Gladwell's grimy lighting and James Maloney's unsettling music. Tom Waits (yes, that Tom Waits) provides a brilliant recorded narration. It's all supremely atmospheric, a grown up haunted house. The Bridge doing what it does best, creatively, whatever you think of the play.

The cast is a dream too, the sort of thing that only someone with McDonagh's artistic heft and eclectic tastes could assemble. American newcomer Johnetta Eula'Mae Ackles is brilliant as Ogechi (the aforementioned 'pygmy'),  all punch and sass and never a victim. Phil Daniels is perfectly cast as a foul mouthed - and utterly scene stealing - Charles Darwin Dickens, aided and abetted by his equally strident wife, played with glee by Elizabeth Berrington. The Andersen-DarwinDickens dining room scenes are the most I've laughed in a theatre for a long ass time, often due to Berrington's deadpan delivery ('you're shitting me' has never sounded so glorious). The star draw here though is the great Jim Broadbent who is on majestic form as Andersen himself. He is dripping with charisma, evilness and stupidity but amazingly good fun. His performance is gleeful and hilarious; and worth the price of a ticket alone.

You're either going to love A Very Very Very Dark Matter or loathe it. This is not a show you can be neutral about. Either way, it's certainly provocative and I would say that you should see it and judge for yourself rather than relying on the critics (or, you know, me). For what it's worth, I loved it. Go with an open mind and a high offense threshold and I think you will too.

A Very Very Very Dark Matter is at The Bridge until 6th January.

I saw this show in preview and sat in seat C41 in level three, having paid £15. I've sat in this row of seats, which is the very very very back row, loads of times now and it represents some of the best value in theatreland for my money. Sightlines are brilliant.
Posted by Billi at 19:40