Of all the Artistic Directors jumping on the theatre leadership job merry go round that London seems to be going through at the moment, the only one I can honestly muster strong feelings about is Madani Younis leaving The Bush.

I’m a relative newcomer to The Bush and haven’t known it under anyone else’s stewardship but everything about it’s vibe under Younis is something I love. Not least it’s extraordinarily inclusive, often quite brave programming - the best in London as far as I’m concerned. As well as the diversity of voices The Bush allows to be heard, I particularly love the fact that it gives new and newish writers a platform.

Vinay Patel probably falls into the newish category. I mean his debut play may only have been staged four years ago but he’s also won an RTS award and been nominated for a bunch of Baftas (for Murdered By My Father - which is great and you should watch btw) in the meantime. Oh, and he’s writing for the new series Doctor Who. So yeah. There’s that. 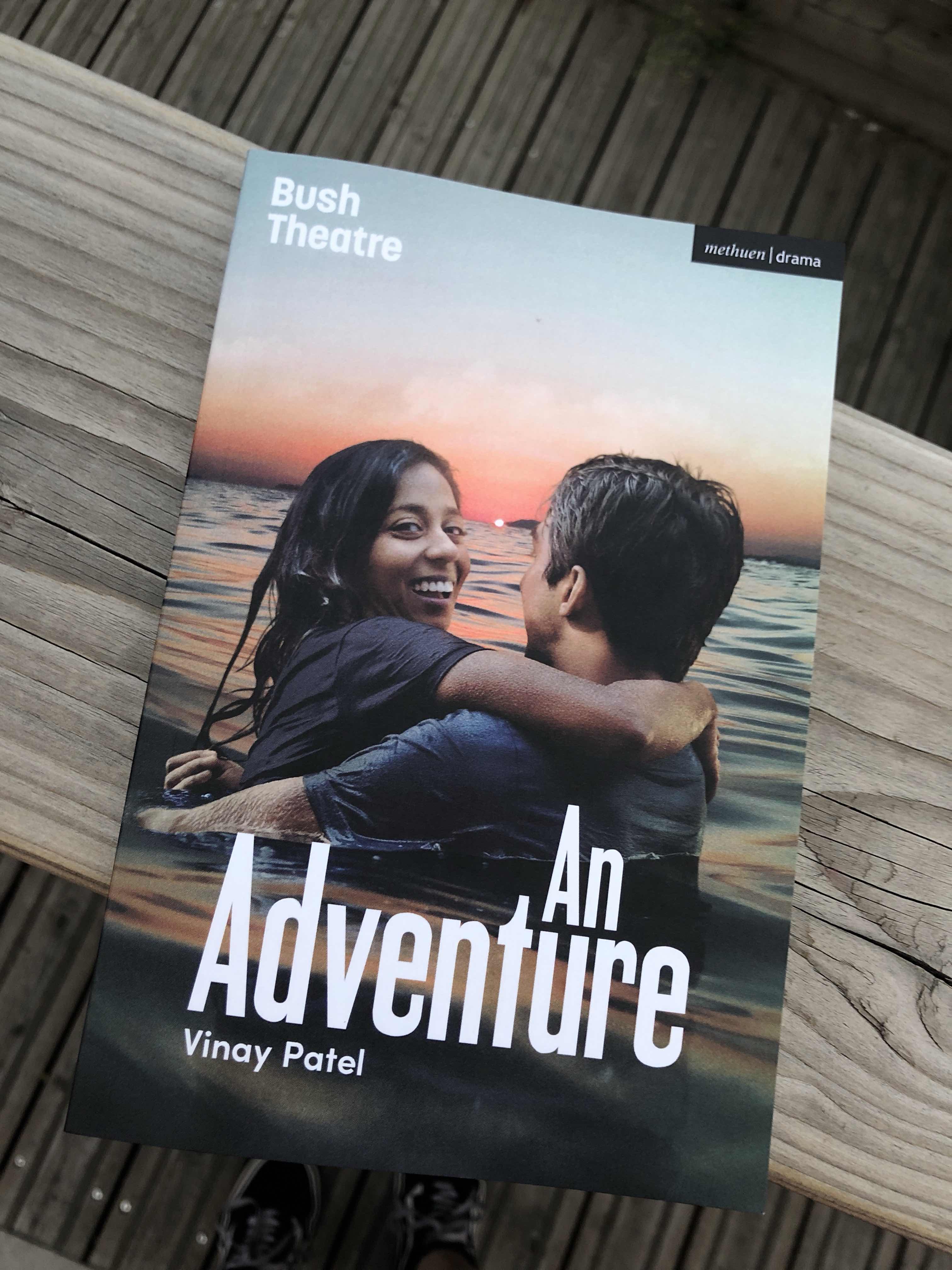 An Adventure perhaps has some things in common with the current good Doctor. Set over the course of 60 years plus, An Adventure tells the story of Rasik and Jyoti from their meeting and early romance as youngsters in Ahmedabad to their lives as immigrants in London, via an encounter with the Mau Mau rebellion in Nairobi, and back again (time travel sans Tardis). It’s a great piece of writing for me on two levels. First of all, it tells a story of which I was pretty shamefully ignorant: that of the immigrant experience of first generation Asians (both to Britain and elsewhere). It’s fantastic to see that story on the stage, fullstop. And, as I suspect is the intention, it makes a fantastic companion piece to The Bush’s production of Leave Taking. That would’ve been a hell of a two show day.

On a deeper level though it serves as a timely reminder of the universality of some aspects of the human condition: the importance of family, the desire to find somewhere where you truly belong even if you have to fight for it, the fear of aging and of a life wasted, the difficulties of love, the fight for freedom, the depressing inevitability of discrimination. It’s a surprisingly political play, no bad thing, and a funny one too both in a laugh out loud and laugh awkwardly sort of way. The characterisation is great, the small cast of characters all richly drawn and sympathetic even as their views oppose and diverge. For my money, at two hours forty five (plus intervals) it is a trifle too long, though to what extent this view is influenced by the fact that The Bush’s seats don’t have armrests I can’t honestly say (I love armrests, it makes me sad that so many theatres don’t feel the same way).

Perhaps the best thing about An Adventure, and the thing that made me look forward to Patel’s foray into the Who-niverse, is the strength of Jyoti as the central character. This is very much her play, and the focus on the female character of the couple when this is so often not the case in real life (as the play explicitly acknowledges) is touching and dramatically deft. Jyoti is an absolutely kick ass character, spunky and proactive and clever and funny. She is political - and how rare to see a play where a female character is allowed to be. She just sparkles on the page and the stage. The latter is certainly down in no small part to the actress who plays her, Anjana Vasan. She’s absolutely excellent, a huge highlight of the production and genuinely luminous (not a concept I’ve really understood when applied to an actor before but with her I 100% get it).

She has fantastic support from her Rasik, Shubham Saraf. Rasik is an utterly adorable naif as the play begins but becomes something much more complicated and rounded as it progresses. Saraf brings out every facet with charm and determination. A deeply watchable and moving performance. The play is at its weakest in the third, present day, act purely because Saraf and Vasan no longer play Rasik and Jyoti. No disrespect intended to the older cast members, but they just don’t quite have the chemistry and sparkle of these two.

The production looks and sounds lush - the incidental music alone is worthy of several paragraphs of love - but I really want to particularly praise the direction here, because it’s by Madani Younis and I want to make the most of him. Despite the resultant back pain, I loved his relaxed, expansive almost louche vibe. He has every faith in this play, as well he should, and the story and this just shines through. It’s a real joy. The Bush really will miss him so much.

An Adventure is a really lovely thing. Great writing, beautifully performed, artfully directed and an excuse to bop around to Brimful of Asha in the interval. Who needs more?

An Adventure is at The Bush until 20th October.

My seat for this was C1 in block B and I paid a measly £10 for it thanks to The Bush’s Count Me In scheme.